Nuoro, the Sardinian Athens, and Barbagia are located in the heart of Sardinia, and visitors to the area will find unspoilt nature, hospitality, wholesome food and wine, unaltered traditions and a strong cultural identity. A stay at Residence Grandi Magazzini is ideal for exploring not only Nuoro, but also the towns that are part of its province, such as Oliena, Orgosolo, Mamoiada, Gavoi, Fonni, Desulo and Aritzo. Here are some suggestions from Felix Hotels about what to see and what to buy as a memento of your holiday.

Things to see in Nuoro and Barbagia

Monte Ortobene is the mountain where the people of Nuoro go walking, hiking or enjoy a day outdoors with friends and family in its parks. Well worth a visit is the park with the statue of the Redentore (Holy Redeemer) and spectacular views. The Sagra del Redentore is held here on 29 August each year, a whirl of costumes processions, singing and traditional dances from all over Sardinia. The Chiesetta della Solitudine, which houses the ashes of Grazia Deledda, Nobel Laureate for Literature, should not be missed.

The Sardinian Ethnographic Museum in Nuoro is the largest and most important on the island. Its 10 rooms will give you a wealth of information about traditional Sardinian life, cuisine and religious practices. An absolute must is the room devoted to the Barbagia Carnival, where traditional carnival costumes can be seen – the Thurpos and Eritaju from Orotelli, the Boes, Merdules and Filonzana from Ottana, the Mamuthones and Issohadores from Mamoiada and the Bundu from Orani.

The Deledda Museum is housed in the birthplace of Nuoro-born writer Grazia Deledda (1871-1936). The tour of the three floors of the house includes the inner courtyard and the lovely garden. The life of the Nobel Laureate for Literature is described in a series of photographs, manuscripts, documents and autobiographical writings.

The Ciusa Museum is dedicated to the works of symbolist sculptor Francesco Ciusa (Nuoro 1949-1983) and houses almost five hundred works, including Il Ritorno (The Return), La Campana (The Bell), Il Fromboliere (The slinger), Il Cainita (The Cainite) and the famous Madre dell’ucciso (The Murdered Man’s Mother), which was exhibited and acclaimed at the Venice Biennale in 1907.

Cattedrale di Santa Maria della Neve is Nuoro’s main Catholic church. It stands in the square of the same name and is dedicated to Nuoro’s patron saint, Our Lady of the Snow, whose veneration is linked with the Basilica di Santa Maria Maggiore in Rome. The Nuoro cathedral is in Neoclassic style.

Piazza Sebastiano Satta was designed by Orani-born Sardinian sculptor Costantino Nivola to honour Sardinia’s greatest poet, Sebastiano Satta. The piazza-monument is paved with large square tiles onto which benches formed by blocks of natural granite and bronze statues have been placed. 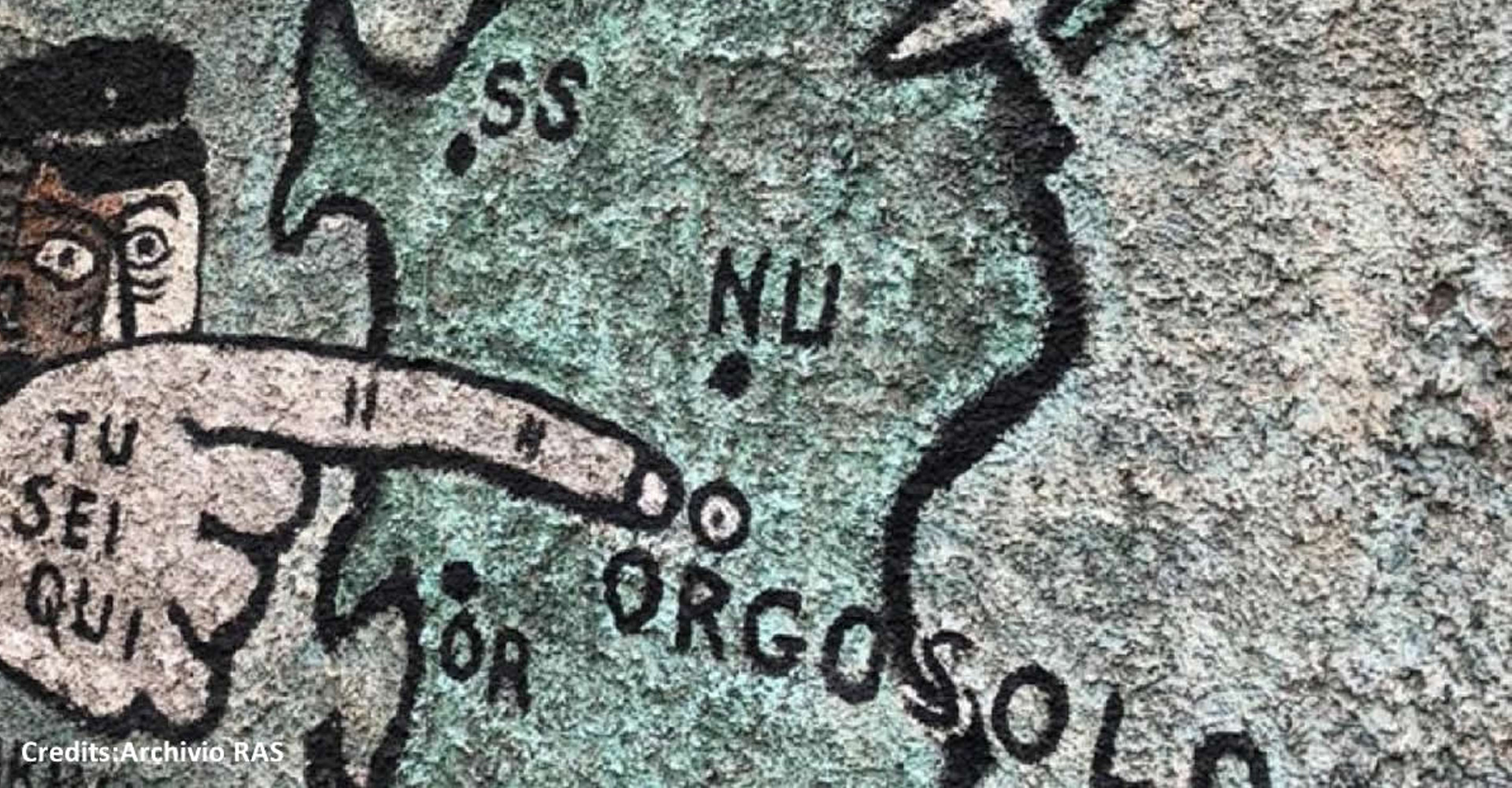 Hidden inside Mount Tiscali, just over 500 metres high and rising on the border between Supramonte di Oliena and Supramonte di Dorgali, is the Nuragic village of Tiscali. To the west, is the harsh, rugged Lanaittu valley, to the east, the gentler, fertile Oddoene valley, where the Rio Flumineddu has carved out the Gorropu canyon. The multimillennial Tiscali village comprises two settlements, originally dating back to the Nuragic Age (XV-VIII B.C.), later rebuilt in Roman times, and finally inhabited until the Early Middle Ages. Well worth a visit is the Dorgali Winery, which produces fine wines including Cannonau, while the aquarium at Cala Gonone will delight children and adults alike.

Inside the entrance are two huge megalithic circles and great lines of megalithic walls, a great nuraghe comprising four towers and a central courtyard, a 10 metre diameter hut, a sacred well with a still-active spring, and finally, the Noddule Giants Tomb.

The Orgosolo murals and the Mamoiada Mask Museum

The Orgosolo murals tell the story of a rebellious, politically active area. A walk through the streets is like a tour of an open-air museum.
Starting with the local Mamuthones and Issohadores masks, the Mamoiada Mask Museum introduces, visitors to all the Barbagia Carnival masks. 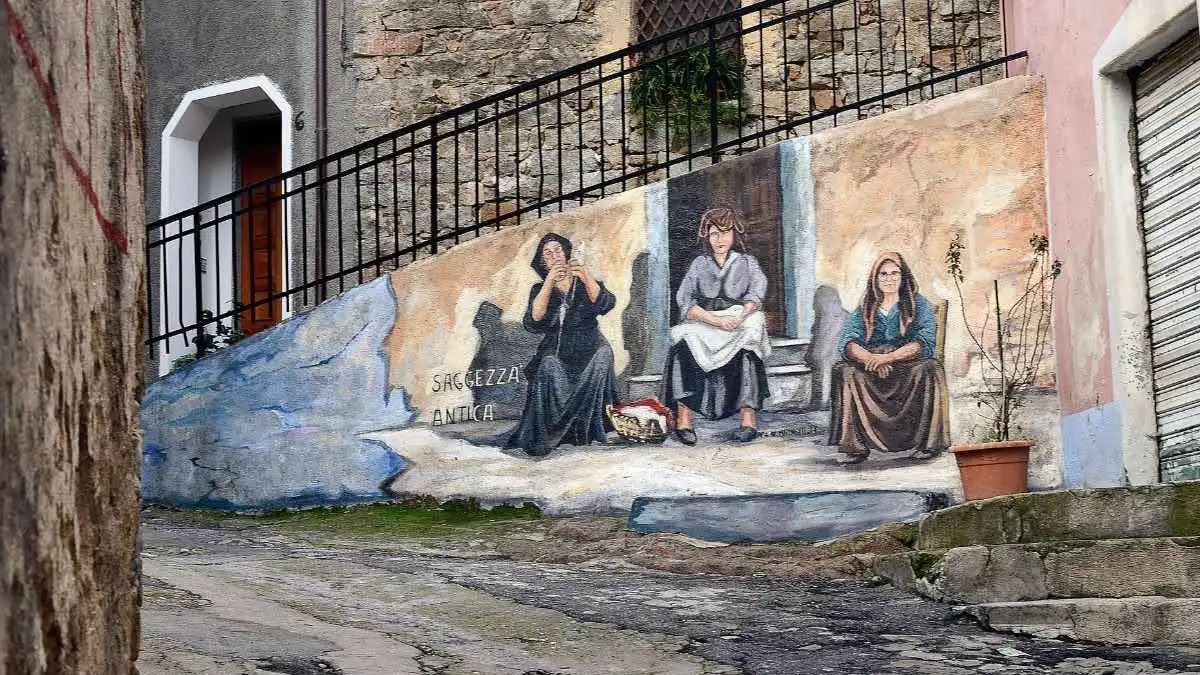 Autunno in Barbagia 2022. The heart of Sardinia is revealed to the world 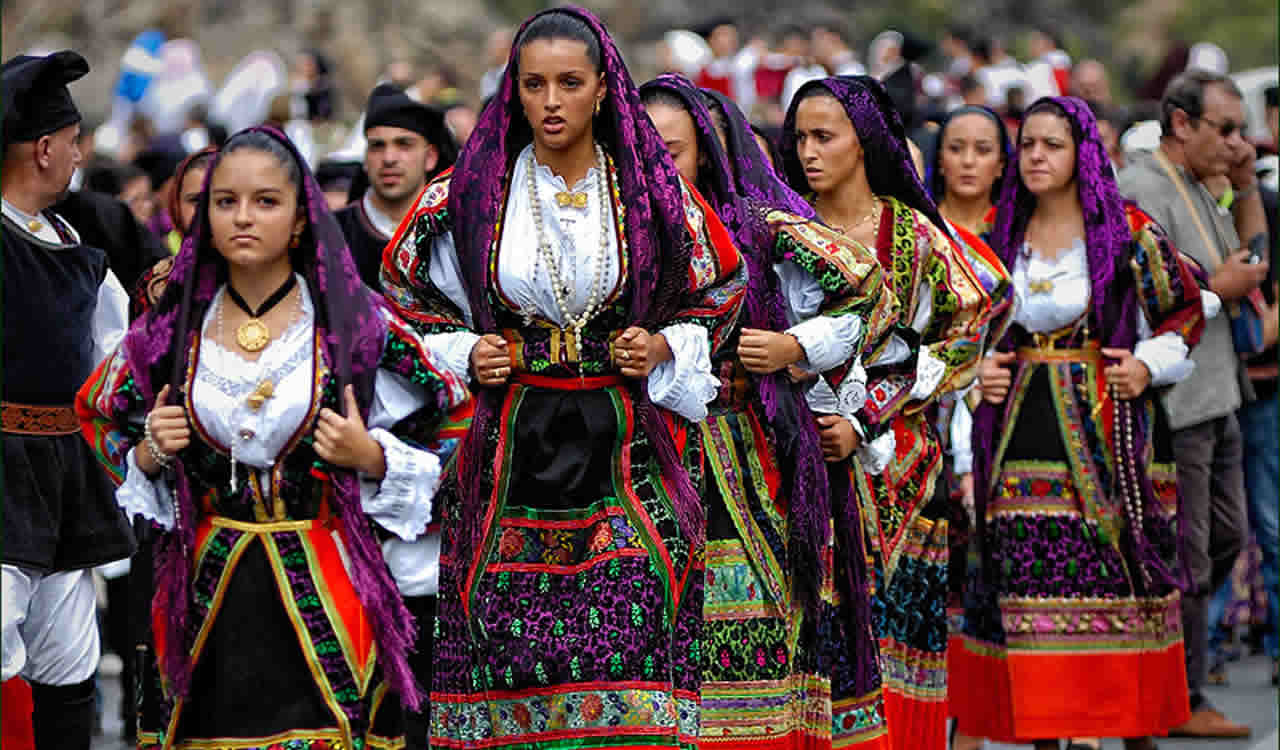