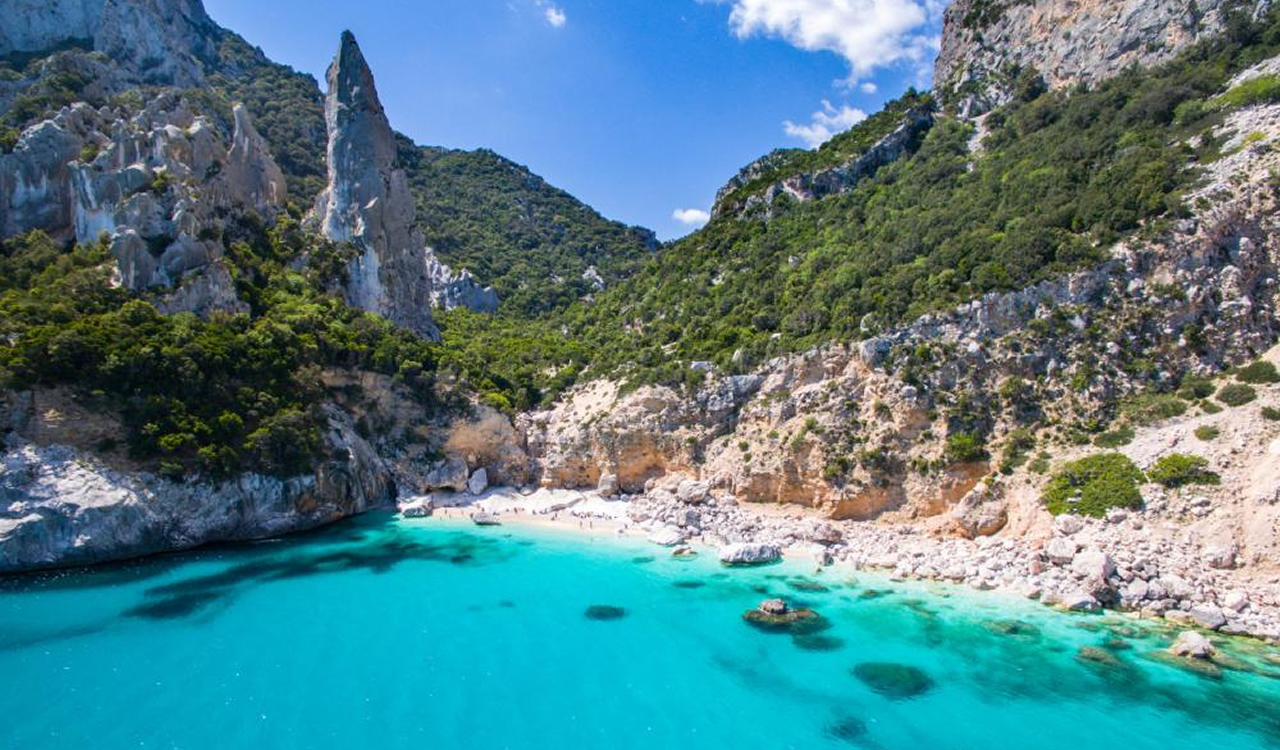 Long white sandy beaches or coves overlooking breathtaking views, overlooking a “Blue Flag” sea. This is the Ogliastra sea of which we want to present you six of the most beautiful beaches.

Ogliastra is probably the area of ​​Sardinia where you can still clearly perceive the contrast between ancient and modern, tradition and innovation, the ancient culture of the mountains and modern summer tourism.

Because, despite the 60 km of coastline made up for the most part of long sandy beaches and a mountain hinterland of great beauty, this area of ​​Sardinia has entered tourism relatively late. But its being a bit “hidden” compared to other more well-known areas makes it even more fascinating if possible.
In fact, over time, some of its peculiarities have become its “trademark”.
For example, being one of the 5 Blue Zones in the world has given Ogliastra an unexpected global showcase. Its characteristic road layout makes it one of the popular destinations for motorcyclists, mountain landscapes of extraordinary beauty have made it a reference point for trekking and free climbing enthusiasts. Wide beaches and not too crowded see it preferred by those who flee the overly commercial tourist destinations.

And to come to the subject of this article, below you will find our list of what are in our opinion the six most beautiful beaches in Ogliastra. A necessarily limited, subjective proposal, but representative of the beaches of this part of Sardinia.

Starting from the south, the first beach we would like to point out is that of Su Sirboni (The wild boar in Sardinian) which is located in the territory of Gairo. Set among the pink granites that are also a characteristic feature of the Ogliastra landscapes, this beach of a few hundred meters is made up of dazzling white sand and very fine grain. The transparent bottom remains low for a long time and allows you to see the small fish that populate this inlet and that go almost to the shore. The contrast between the colors, vivid even on cloudy days, and a quiet atmosphere given by the nearby abandoned resort make it a beach absolutely worth visiting on your trip to Ogliastra. It can be reached by walking along a short path. Free parking is allowed on the roadside.
It is less than 20 minutes by car from ours Galanias Hotel & Retreat 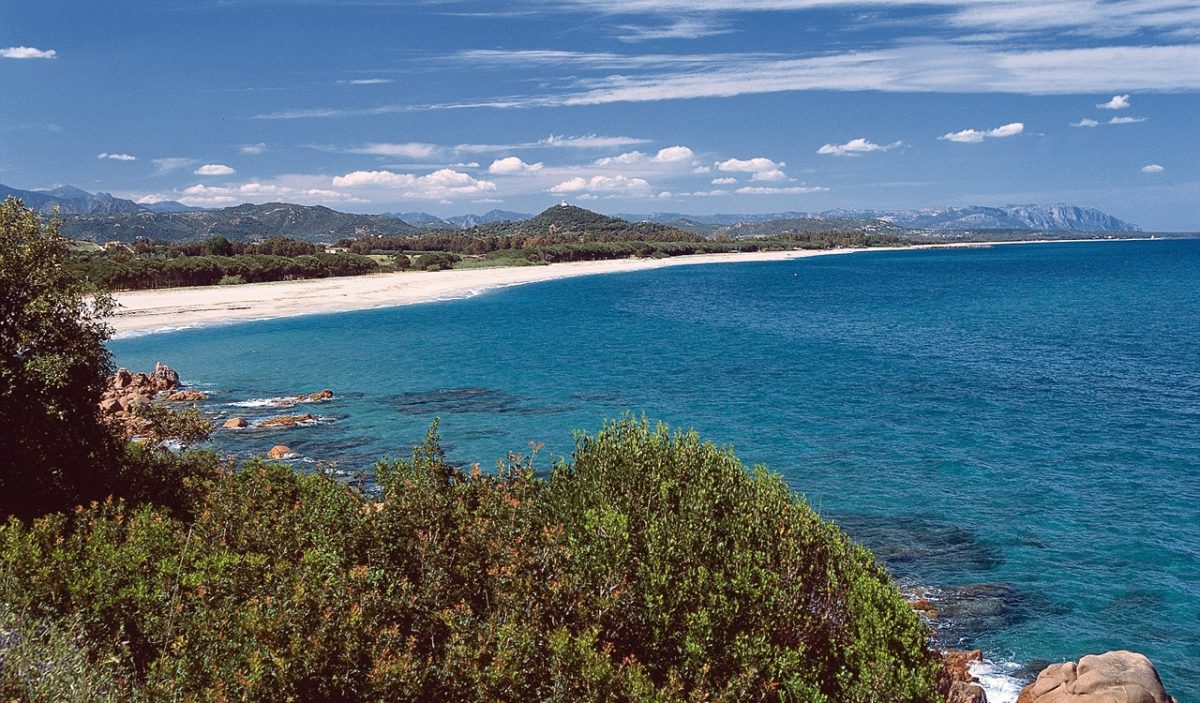 After passing Gairo, you enter the territory of Cardedu, a small recently established municipality that bears its origin in its name (il cardeto). Here is one of the largest beaches in Sardinia, over 8 km long, shaded for large stretches by eucalyptus woods. In the southern part of this is Perd’e Pera. Here too the crystalline sea breaks on a beach which however is of medium grain. The trees not far from the beach, a free or guarded parking service, low crowding even in high season and catering services make it an excellent choice if you want a comfortable and completely relaxing solution for your day at the beach.. 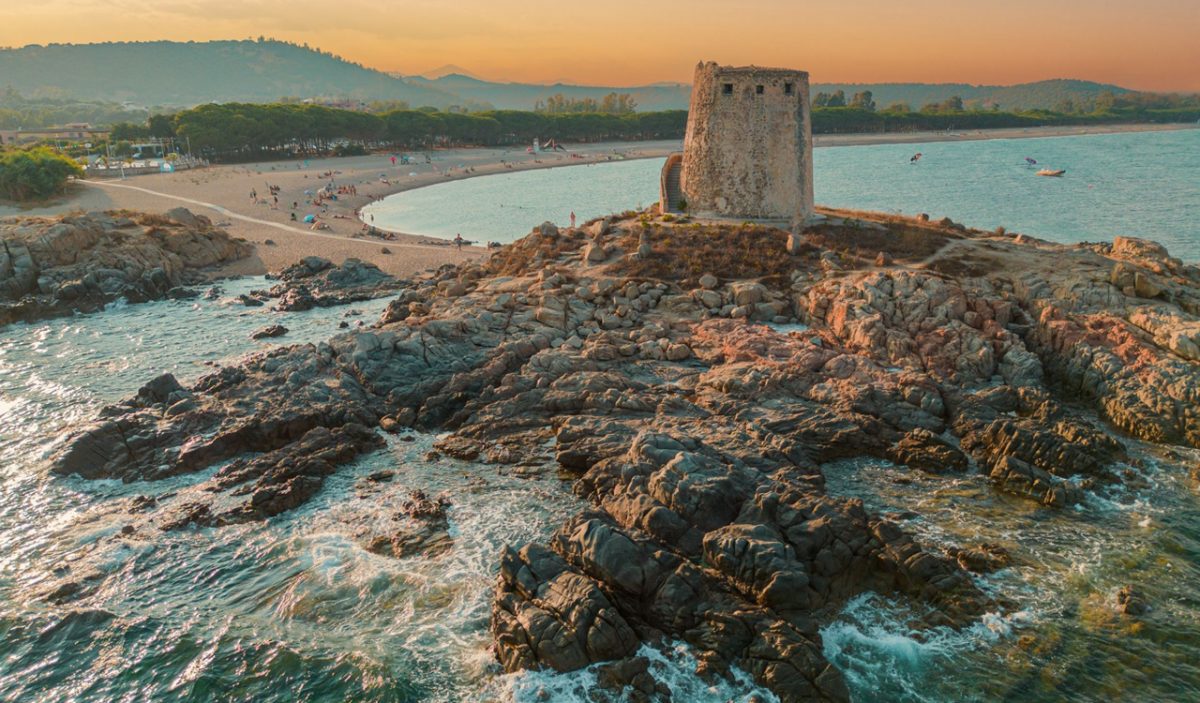 We now arrive in Bari Sardo. The town characterized by the seventeenth-century tower overlooking the sea built to protect that area from Barbary pirates, also has splendid beaches. The name of the two beaches (awarded with the Blue Flag) to the north and south of the tower is curious. In fact, they are called mari de is ominis and mari de is feminas, and take their name from the fact that after the war the two beaches were separated to protect the “common sense of modesty”.
Although close together, they are different: mari de is feminas is basically the final part of the beach that begins several kilometers earlier in Perd’e Pera, while mari de is ominis, with greater depth, has a convenient pine forest and a parking area behind it. The two beaches are both generous in space even in high season, and are just 3 minutes by car from ours Galanias Hotel & Retreat. 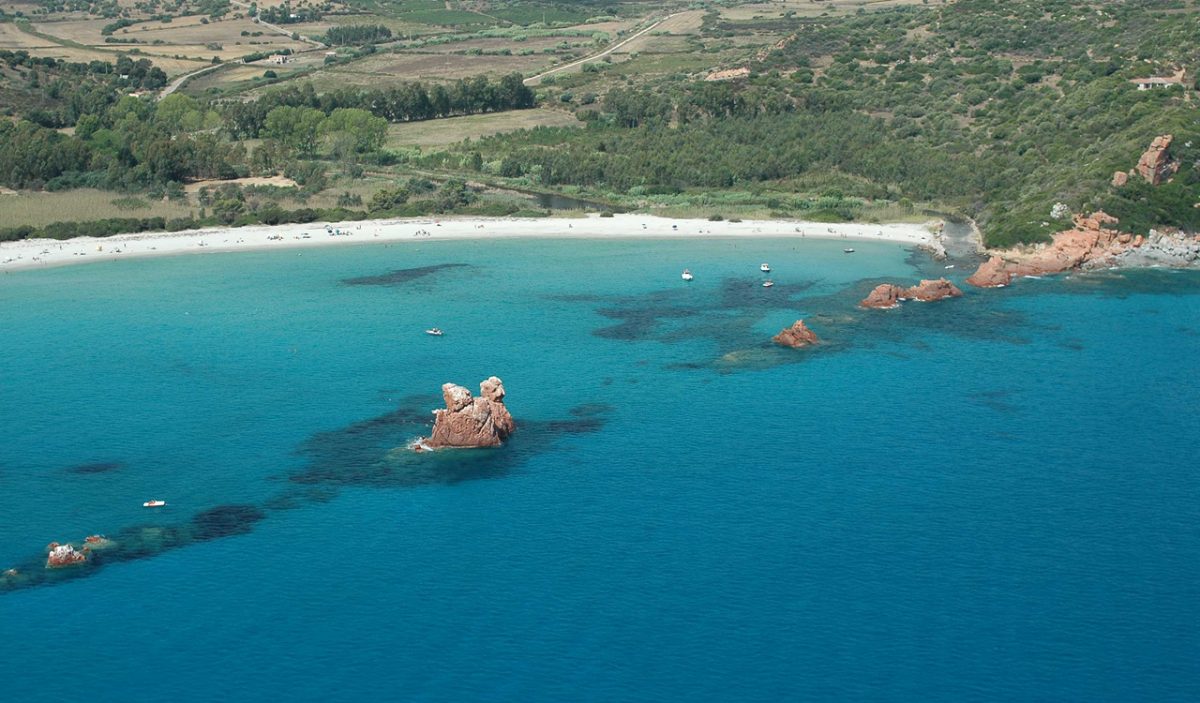 Moving now towards the north we arrive at Cea, one of the most rightly known stretches of beach on the west coast of Sardinia. Here the sand returns to being of a dazzling and very fine white, and the beach, about a kilometer long, is bordered to the north by a reddish porphyry stack, which re-emerges into the sea in an area that takes the name of Is scoglius Arrubius. .
The beach (Blue Flag) is very welcome to everyone: children play safely in a seabed that remains low for a long time, divers who can easily reach the red rocks and from there “perform”, by photography lovers for the extraordinary color contrasts offered by nature and that do not require any filter, and by those who simply want to enjoy the sea with all the comforts given that the beach is equipped with bathing establishments, kiosks and restaurants which, however, occupy a not predominant portion.

We now arrive at the northern border of Ogliastra.
We passed the wide beach of Orrì (Blue Flag), the beach of the capital Tortolì, and the equally wide beach that leads to Santa Maria Navarrese. From here begins an area of ​​cliffs that rarely stops. Behind it the Supramonte di Baunei, a large mountainous area almost depopulated with gorges and canyons that are the scenery of the Selvaggio Blu, the most challenging trek in Italy and also well known abroad. Here we are in the area of ​​Cala Goloritzé, our sixth must-see beach in Ogliastra. This national monument is certainly the symbolic beach of Ogliastra because it combines the characteristics of this area of ​​Sardinia. The sea of ​​absolute blue is dominated by the famous limestone spire called Monte Caroddi, a destination for free climbers from all over the world. Below, an almost sheer cliff contains like a casket a beach of very white pebbles that are not at all annoying and indeed give a sensation similar to that of a massage. The arch carved into the rock by the sea and the wind and which delimits the beach is like a last gift that nature has wanted to give to a place that gives the visitor sometimes very different reactions, but all however united by the sensation of wonder and respect for a place that is perceived as uncommon.

The beach has a limited number, direct access from the sea is not allowed. Reservations required with the use of the APP Heart of Sardinia.
Arriving from the Su Porteddu car park (about 50 minutes by car from our Galanias Hotel & Retreat) you continue on foot, along a path of medium difficulty, in just over an hour to go (downhill) and almost 2 hours to return (in uphill) with the use of suitable shoes. Alternatively, you can reach one of the nearby coves by boat and then follow the paths on foot. There are no services on the beach, and it is therefore necessary to bring water and food with you.

With Cala Goloritzé we finished our short but we hope an exhaustive visit to what for us are the six beaches to see absolutely in Ogliastra. As we have often seen, they are different, but all united by the presence of nature that is always the absolute protagonist. 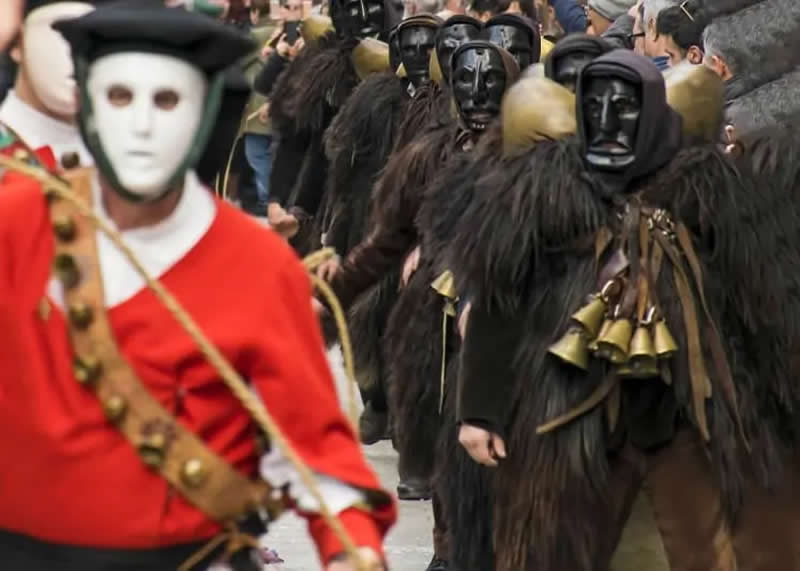 Carnival in Barbagia, discover the events of 2023 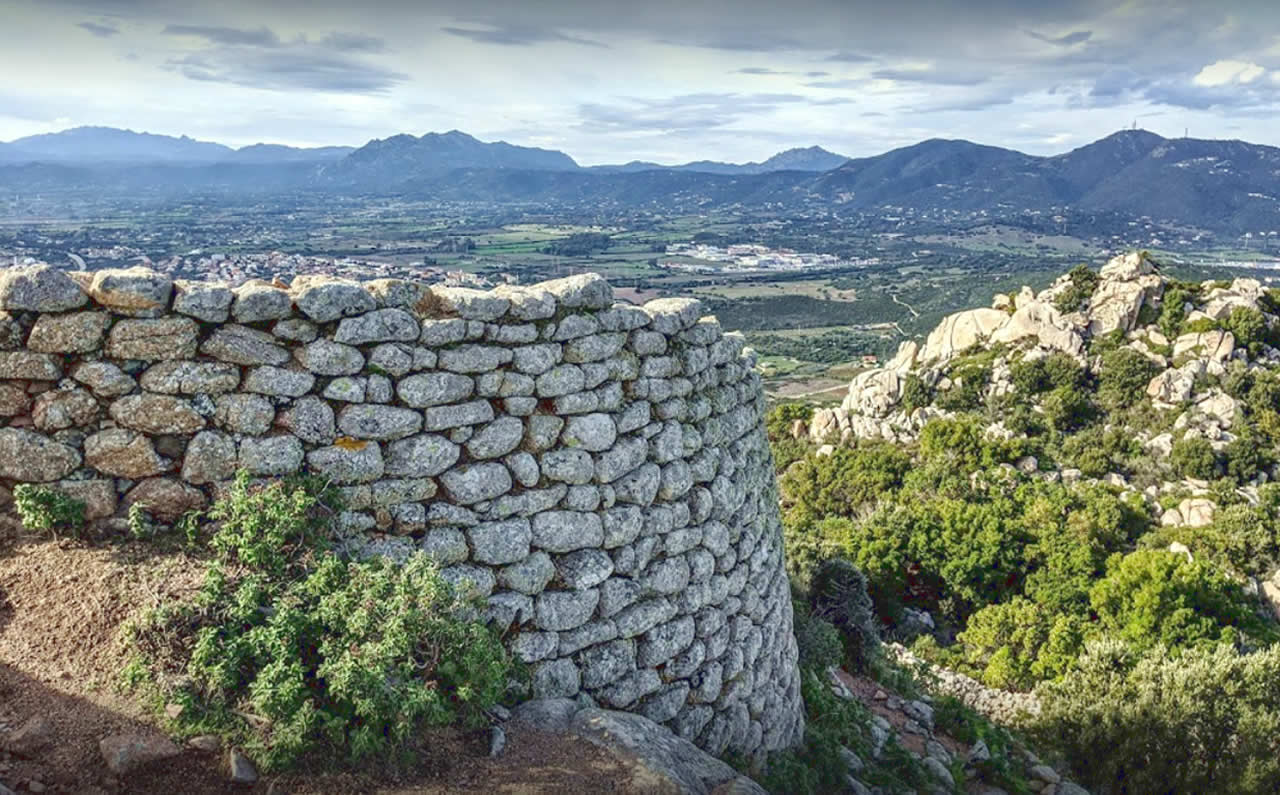 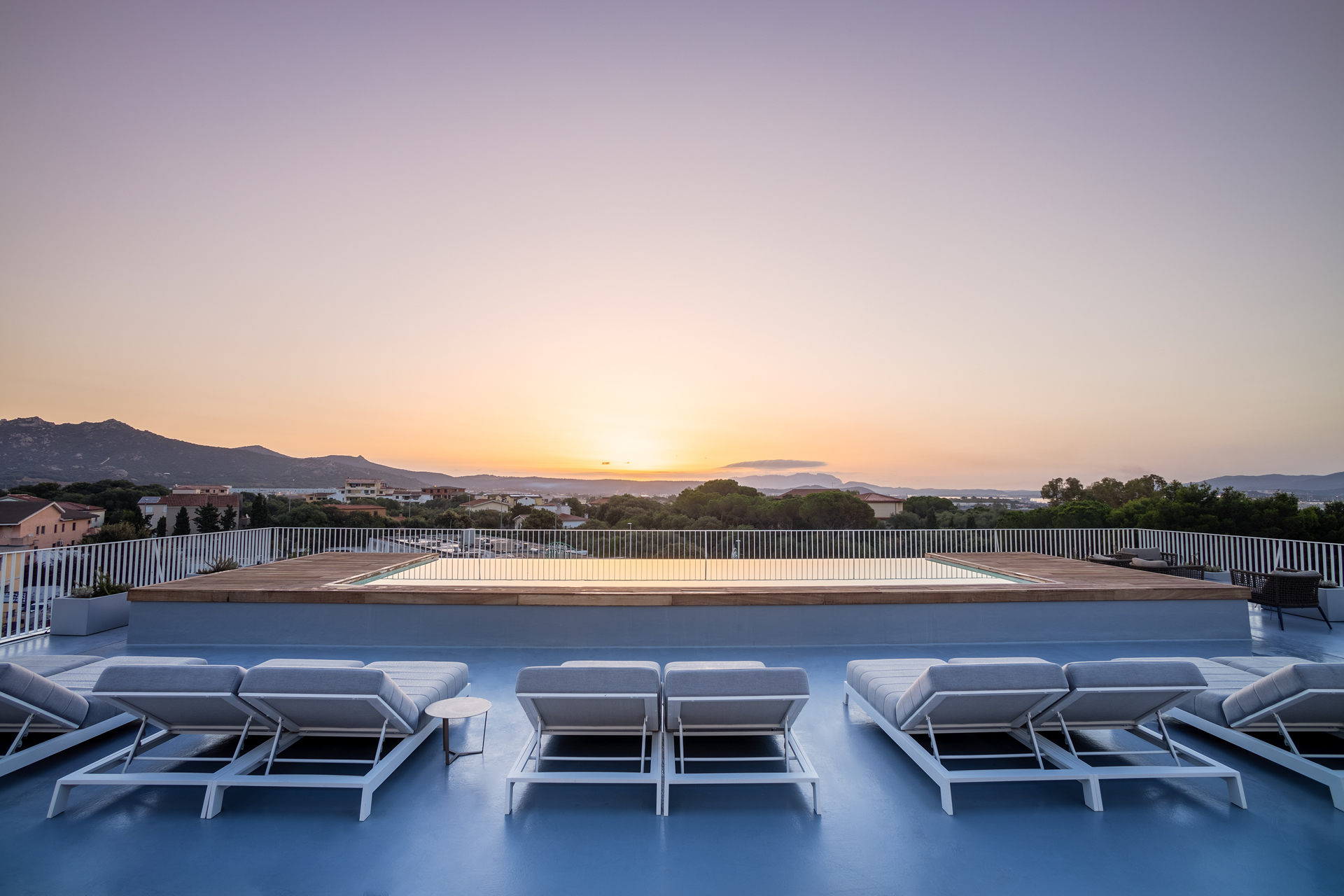 Discover the five most beautiful beaches ..and a hotel with swimming pool in Olbia!