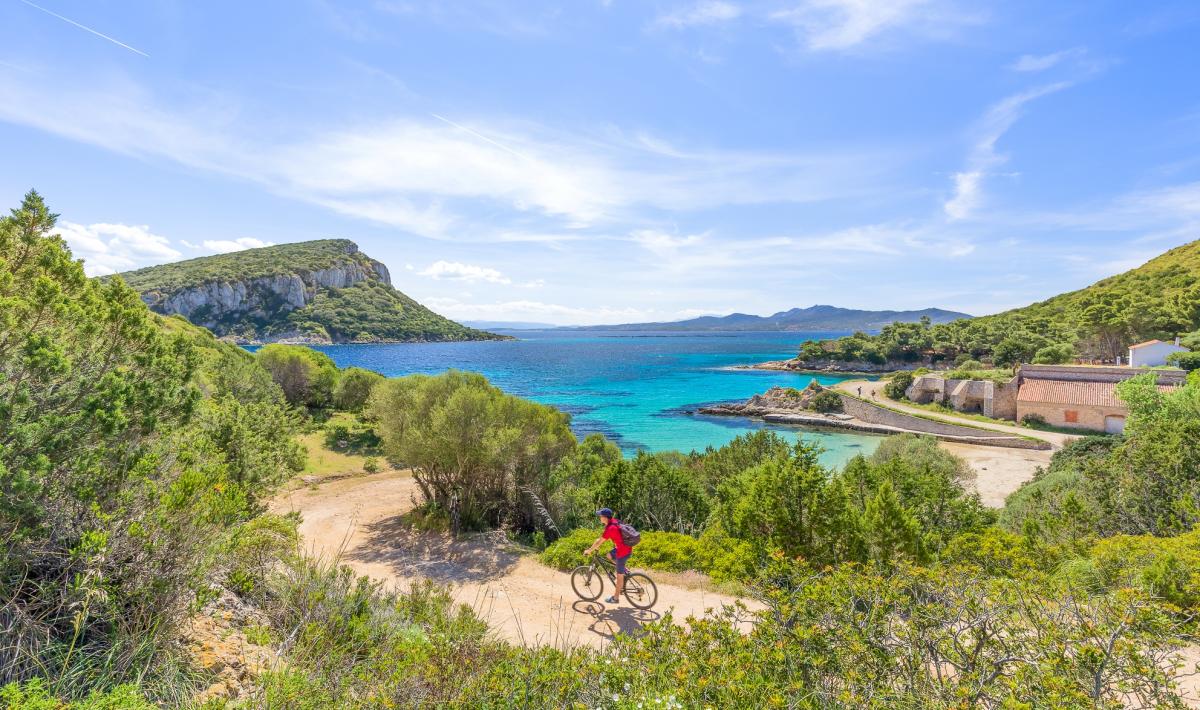 Active tourism in Golfo Aranci at Capo Figari and Figarolo: a walk through history, nature and emerald water

The naturalistic area of Golfo Aranci, north of Olbia, from the first radio broadcasts of Guglielmo Marconi from the lighthouse on the promontory to a tourist and excursion destination

An excursion between history and nature. The sea is one of the most beautiful in Gallura, the scenery is that of a nature reserve of particular naturalistic and environmental importance. All around the remains of a distant past: lime kilns, forts, a cemetery of shipwrecked people, a military battery with old gun posts and, on top of the promontory, a traffic light system that the Italian Guglielmo Marconi, father of the radio telegraph, used for one of his most important experiments.

It is the territory of Capo Figari in the municipality of Golfo Aranci, 20 minutes from ours Felix Hotel Olbia.
Originally a small fishing village, in recent years it has managed to transform itself into a sought-after tourist destination that attracts tens of thousands of tourists every year.
A limestone promontory that reaches a height of 344 meters and with a 200-meter high cliff overlooking the sea, today a destination for interesting excursions, both by sea and by land: on foot, by bicycle or on horseback.

The structure and morphology of this area is repeated in a small way in the islet of Figarolo, which reaches an altitude of 139 meters and can be reached by sea thanks to the presence of a mooring for small boats, and a small beach. Off the island there is also the wreck of a wooden merchant ship sunk in the mid-1900s, now perfectly adapted to the underwater landscape.

The territory of Capo Figari and the island of Figarolo is now included in a Sic area (Site of Community Interest) with the aim of protecting this set of limestone cliffs and bastions which represent an ideal habitat for many fauna species, such as mouflons. and goats.

The reserve has a network of paths to be covered on foot, in mountain bike and also on horseback. A destination that in recent years has also been included in the Path of the 100 towers, a path that winds through the entire coast of Sardinia, counterclockwise, and gives life to a ring that, through the circumnavigation of the island, touches over one hundred towers and lighthouses scattered along the borders of the sea.

The paths of active tourism in Golfo Aranci

Trekking to the beach of Cala Moresca

After having skirted the railway track that develops along the coast of Golfo Aranci, you will arrive at the starting point for all the excursions along different paths. From there, a few hundred meters away is the first small jewel of this area: the beach of Cala Moresca with its turquoise sea and the view from the islet of Figarolo that emerges imposingly from the water.

Behind the beach an old electric lime oven, built in 1967 to cope with the development that began in those years with the birth of the Costa Smeralda.

The real paths start from here: you pass through a gate and a little further on you find yourself in front of a crossroads for the main ones. On the right, continue towards Cala Greca and the “English Cemetery”, on the left, go up towards the Capo Figari traffic light.

The first path leads to the cemetery where the English sailors who were shipwrecked in front of Capo Figari do not rest, as local rumors want, but the Italian crew who disappeared in the sinking of the Ligurian sailing ship “Generoso II”, in 1887, and found on the banks of Cala Greca. The only member of the Royal Navy, who actually died of malarial fever, is buried in a tomb topped by a large Celtic cross.

The other path is all uphill. Three kilometers of dirt road alternating with small hairpin bends.

A steady but not too demanding climb that offers a breathtaking view: the view goes from Mount Limbara to Tavolara island, from the islands of Soffi and Mortorio to the most distant Corsica. At its peak is the navy structure, now abandoned and awaiting a serious and important redevelopment project that will transform it into an accommodation facility. 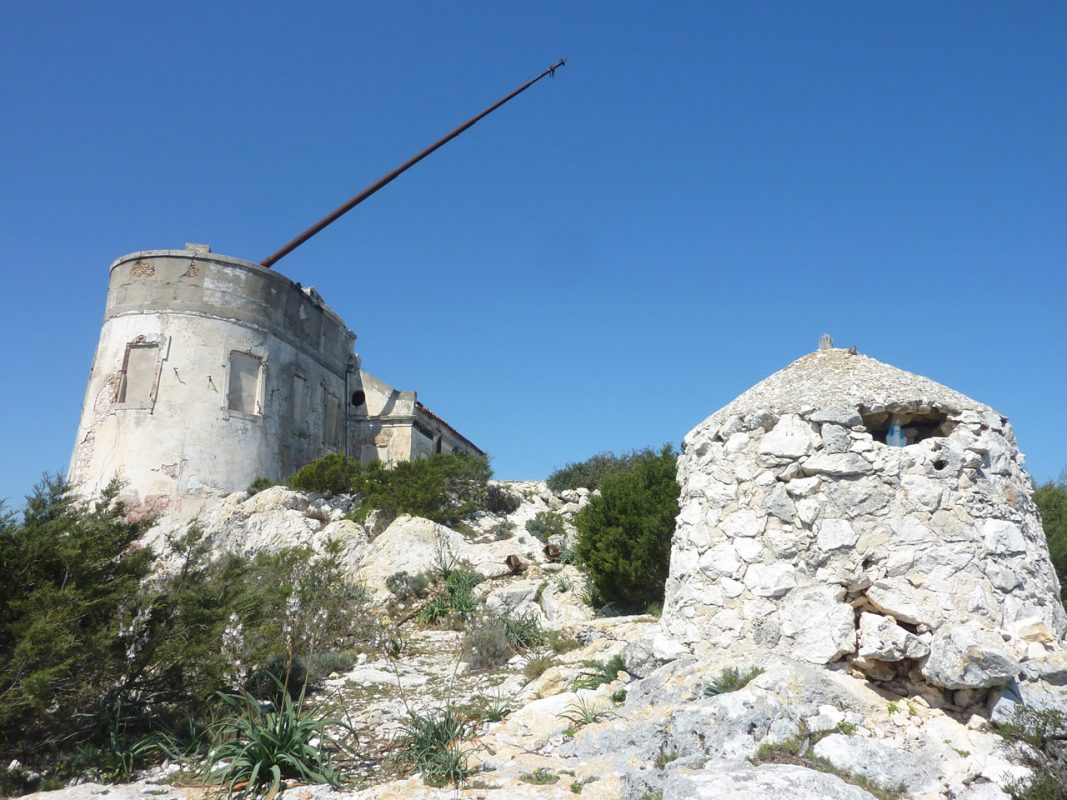 The lighthouse of Guglielmo Marconi

The path leads to the beautiful beach of Cala Moresca, set in a small bay and surrounded by a beautiful pine forest. It is from there, then, that through a five-kilometer long path you reach the top of the promontory, where the remains of the lighthouse now remain from which the first real experiment started, which opened the doors to the use of microwaves and traced the road to ‘wireless’ connections: TV, cell phones but also satellite and radar originate from here.
So on 11 August 1932 Marconi successfully created the famous short wave radio link between a transmitter located in Rocca del Papa, near Rome, and a receiving device installed for the occasion on the Figari traffic light, coordinating the development from the yacht Elettra.
Today the facility is still in a state of neglect, but it will soon be recovered and transformed into a modern and luxurious accommodation facility overlooking the sea with an extraordinary view of the gulf.

Incredible scenarios open upon entering this large cylindrical cave that opens into the mountain, which you enter slowly around -20 m deep. Going up slowly towards a breathable air bubble, you can observe the suggestive sciaphilic organisms that populate the waters: ghost shrimps, mechanical shrimps, lobsters and cicadas. Upon exiting, the small stalactites offer a splendid contrast of lights along the wall. For snorkeling and scuba diving, it is highly recommended to contact the diving centers. For infocapofigari.it 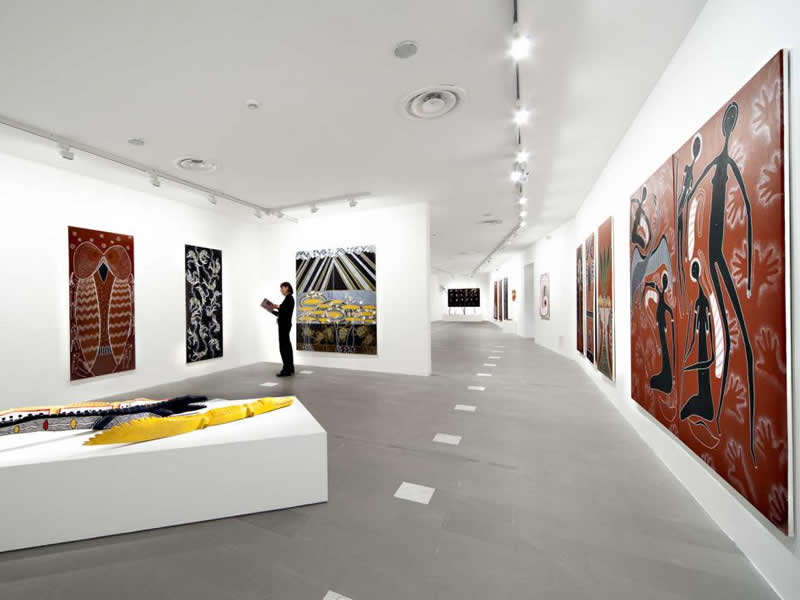 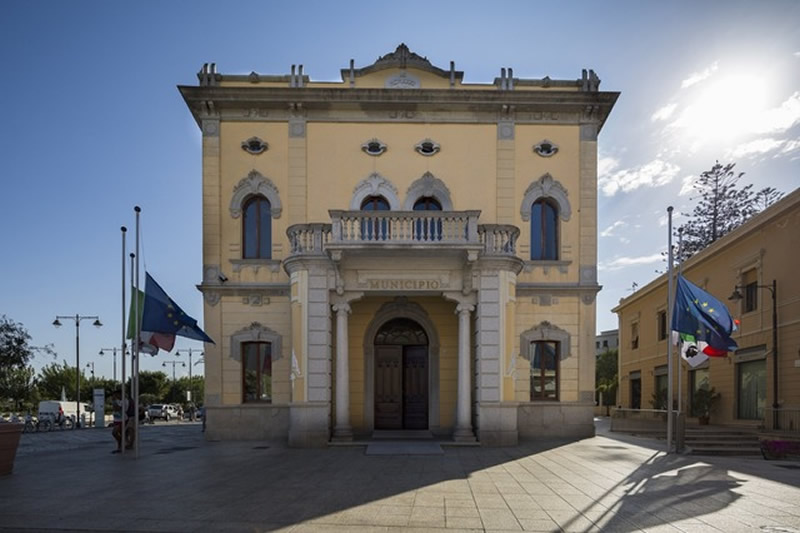 What to do in Olbia when it rains: ideas for a different holiday 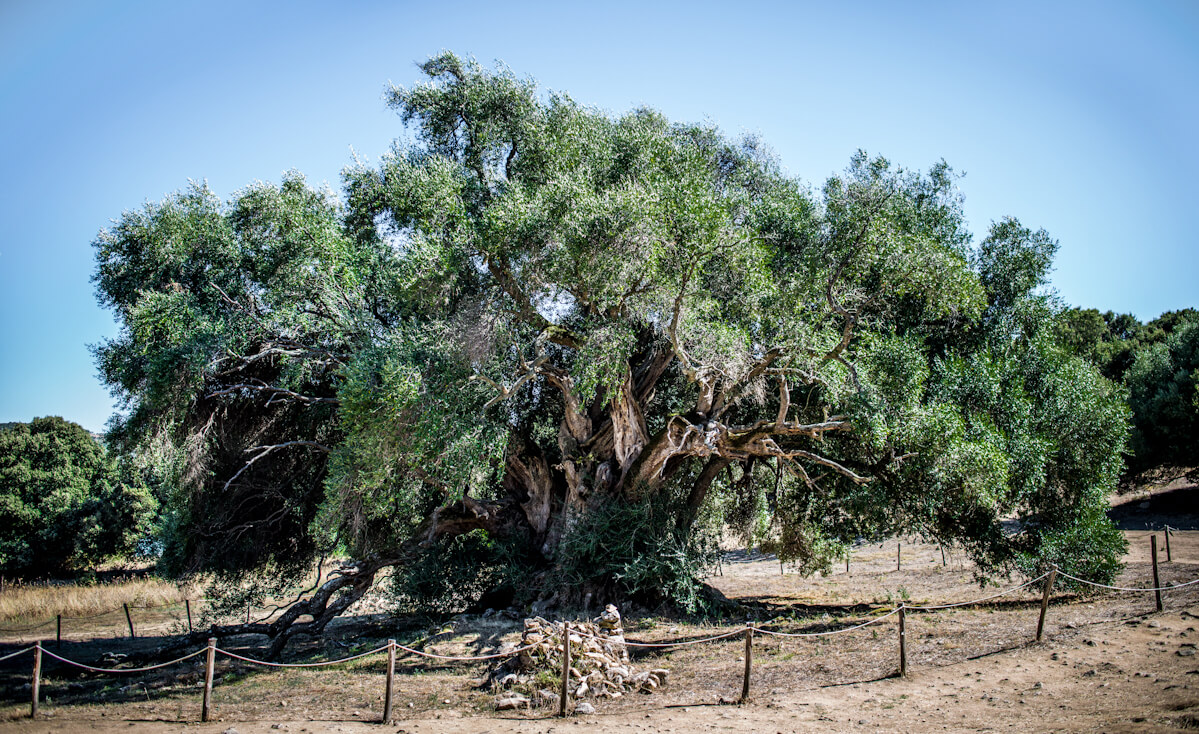